Last time I posted was April 5th.  It’s been a while.  Work has been keeping me very busy and I’ve been struggling to find time to workout, just not enough time to keep good records.  Which is a shame because I’m trying to remember what the heck I did way back on the 6th.

Friday, 7 April:  Worked from home.  Felt really beaten up from the flight.  No training

Saturday, 8 April:  Slept for a very long time, nearly 11 hours.  I had to drive all over to try to organize what to do with my late father’s possessions.  No training.  I think this might be the first time I’ve taken three days off in a row in a long time.

Sunday, 9 April:  A glorious morning.  I took my boat out to Worcester for a row with my friends at Lake Quinsigamond Community Rowing.  It was an exciting day for us.  We bought a used WinTech Double from Saugatuck over the winter and today was the inaugural row.  I was in my single, Joe was in the new (to us) double with Gretchen, and we also boated a quad.

The northern end of the lake was off limits because it was being used for a collegiate regatta.  We snuck a little ways up the lake before things got going, but otherwise stuck to the southern 2/3.

I wanted to try rowing a bit harder with the Empower oarlock, so I decided to do rate ladder workout. 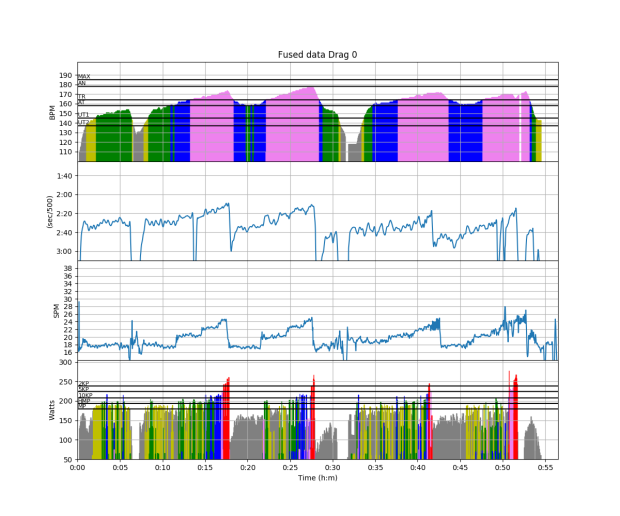 This was much harder work than it should have been.

But it was delightful. I used the speedcoach mainly to look at effective length, which was darn short.

I’m still trying to figure all this stuff out, so here’s a bunch of charts over the distance and versus stroke rate.  I blanked out the rest strokes from all of it. 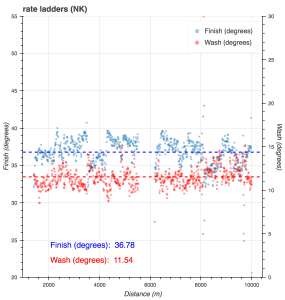 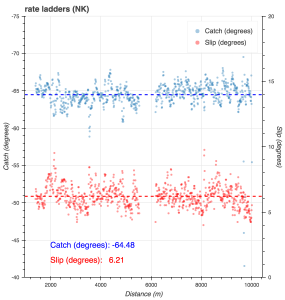 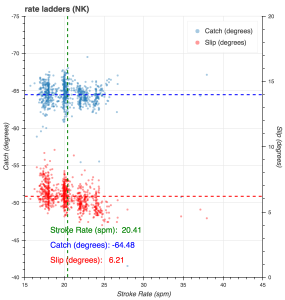 After I got back to the dock, Joe asked me if I wanted to take a short spin in the new double.  I sure did!  It’s a big improvement from the vespoli we rowed last year.

Monday, 10 April: Back down in Newton on the Charles.  Sunny and nearly 50F.  Back to steady state work. My hands were a mess.  Blisters on blisters.  I decided to keep working on technical stuff like maximizing effective length.

I was rowing at at a consistent (albeit slow) power, dropping off about 10 watts during the session.  The interesting thing to me was how much the current effected things.  There was very little wind for the first half.  A bit of breeze picked up in the second half which was a tail wind for the downriver and had wind upriver.  The current was essentially making me 0:05/500 faster going downriver and 0:05 slower going up river.  And even more is certain places.

Tuesday, 11 April: I had a meeting at 8:30 so I had to be quick.  I still wanted to get out on the water.  My hands continued to be an issue.  More light technical rowing.  I managed to forgot to start the speedcoach again. 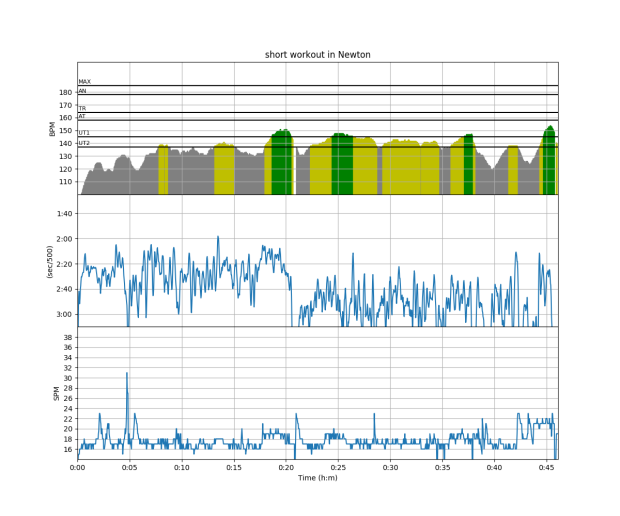 Wednesday, 12 April: Another day, pressed for time.  Today, I decided to stick to technique stuff.  I did one of my favorite workouts. 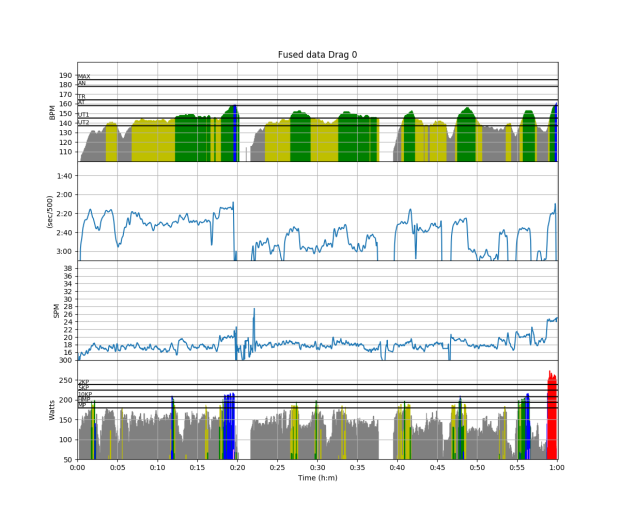 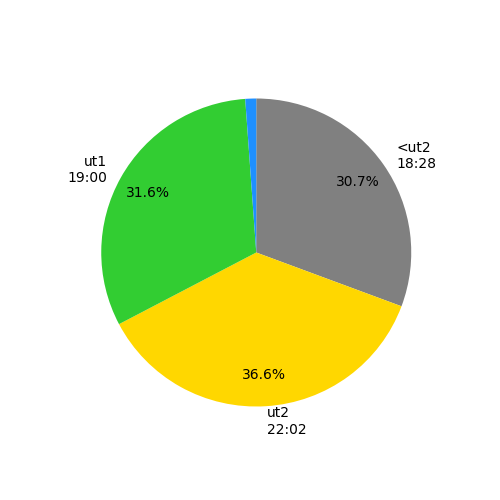 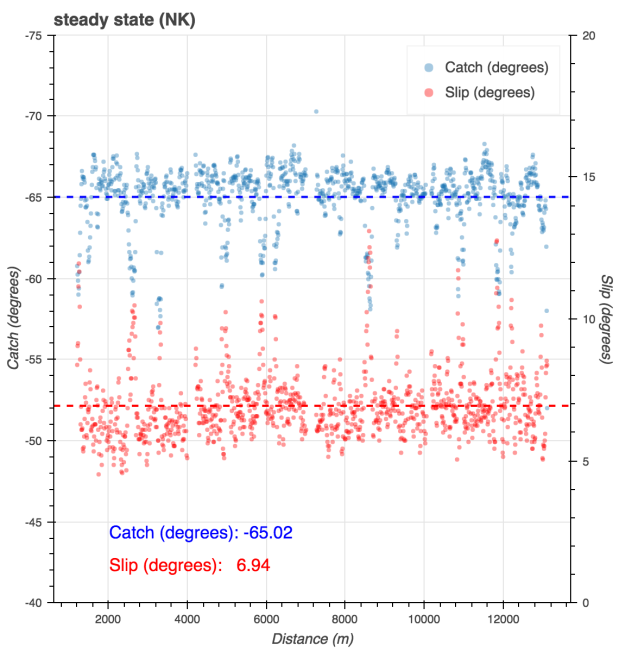 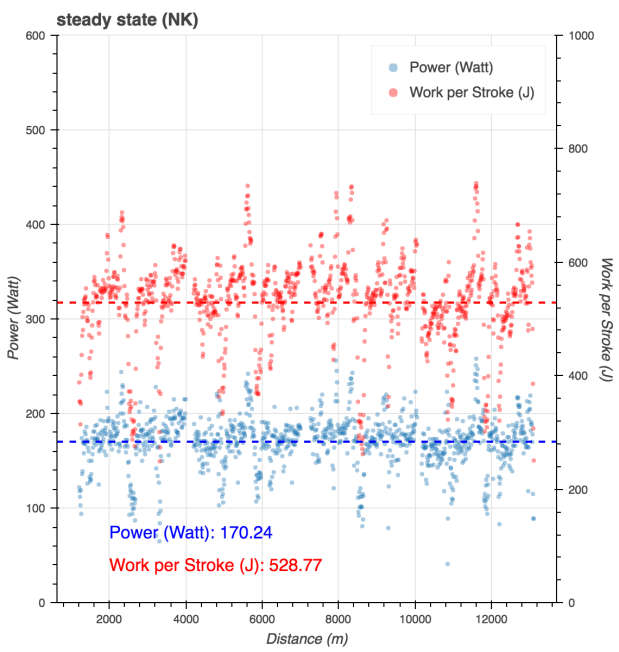 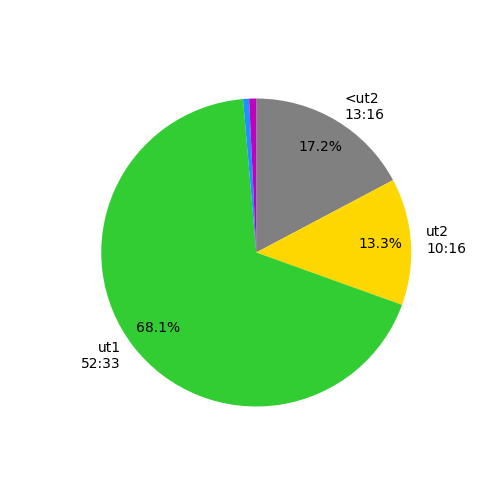 My technique was better today.

Saturday, 15 April:  Down on the cape.  Busy all day.  Just popped down to the basement for a quick 10k. 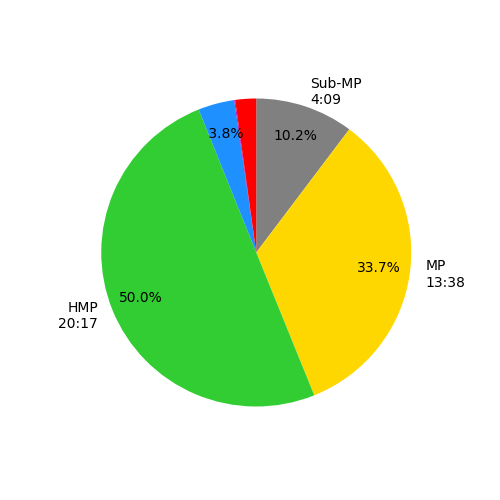 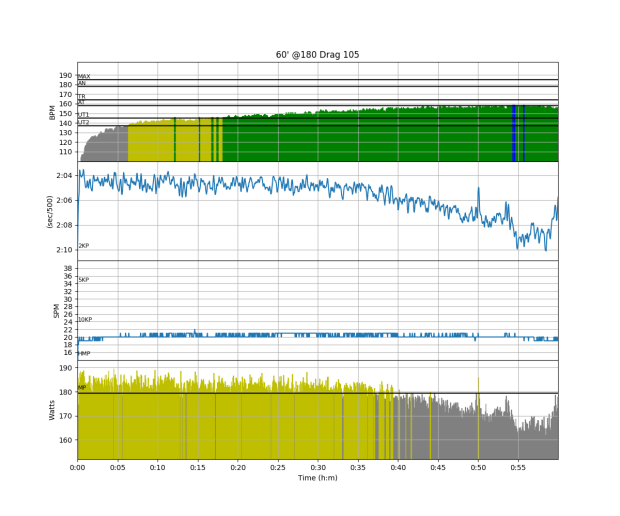 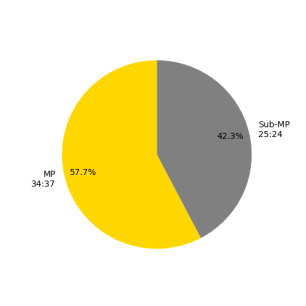 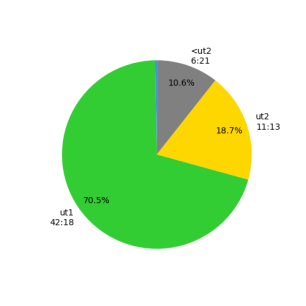 4 thoughts on “More catching up.”