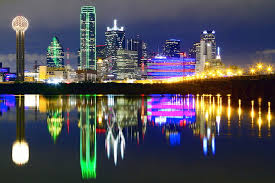 Tueday;  No training. Flew out of Boston at 6AM (eastern time).  Finally got to my hotel around 8 PM (pacific time) and I was pretty much done in.

This was the first time that I tried the whole maximum incline thing.  I think this is a good cross training session.  By increasing the angle and decreasing the speed, it is much lower impact, and I can manage my HR quite easily with speed changes.  Because it was unfamiliar, it was pretty tough,, even with a lowish HR.

After the workout, I went straight to the airport to fly to Dallas.  Went right into meetings, then from there to a customer dinner.  Two beers, some wine and a very nice port was consumed over a 4 hour dinner, along with a extravagantly large bone-in sirloin.  I finally got back to the hotel around 11.

Thursday:  Up at 5:15 to get in a workout.  Discovered that the fitness center opened at 6.  Damn.  Went back to bed for half an hour, and then went back around 6:15.  I was feeling a bit bloated from last night’s festivities and in no mood to work hard.

I started on a bike because the treadmills were being used.  Then after 3 minutes, one opened up and I jumped to it.  I did 10 minutes at 15deg/3.5mph and saw that the next treadmill had a working TV, so I jumped again.  I did another 10 minutes at 10deg/3.5.  Then I went to 5deg/5mph, but after a couple minutes, I decided I wasn’t in the mood to jog, so I cranked the incline back up to 15degrees and played with the speed between 3.0 and 3.5mph to keep my HR right below the top of the UT2 zone.

It felt like a lot more work than the HR would indicate.

Tomorrow:  I fly home at 7AM, arrive before lunch.  I have some meetings in the afternoon, so my plan to sneak off and row has been destroyed.  I will try to get in a erg session though.

Training is going to continue to be sporadic into next week.  I have another graduation coming up this Sunday through Tuesday, so I will probably miss multiple days.  After that, it will be time to settle down and make a plan for three weeks of sprint specific sessions to get my starts in shape and get ready for the Festival Sprints.