Started with a Fletcher warm up, as one does. 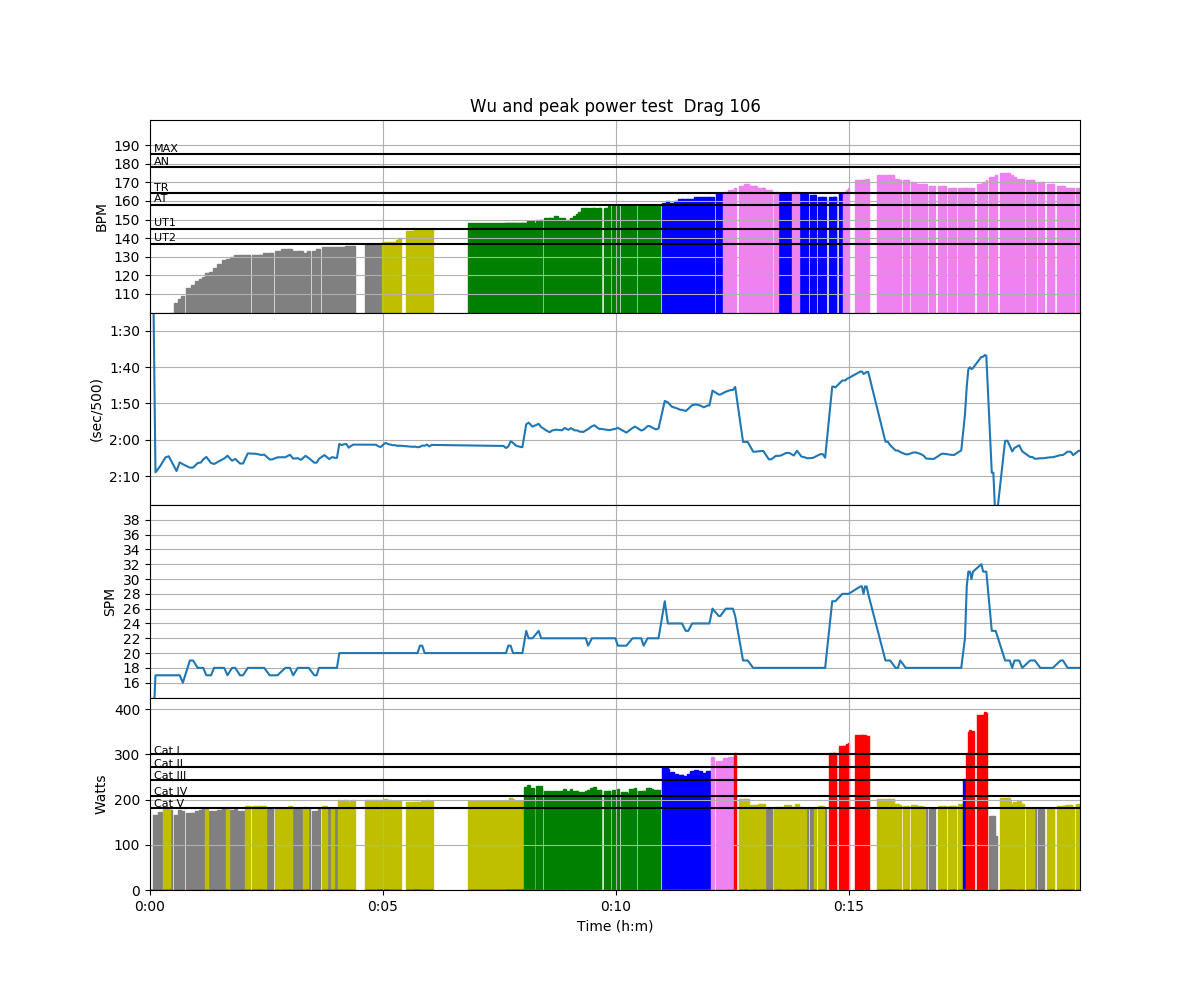 Then I got myself ready for a wild ride.  Damper up to 10, feet strapped in tight, crank some good tunes and get ready for action.

I set the erg for 1′ work and 2 minute rest intervals.  I only rowed hard for the first 10 to 15 seconds of each interval. 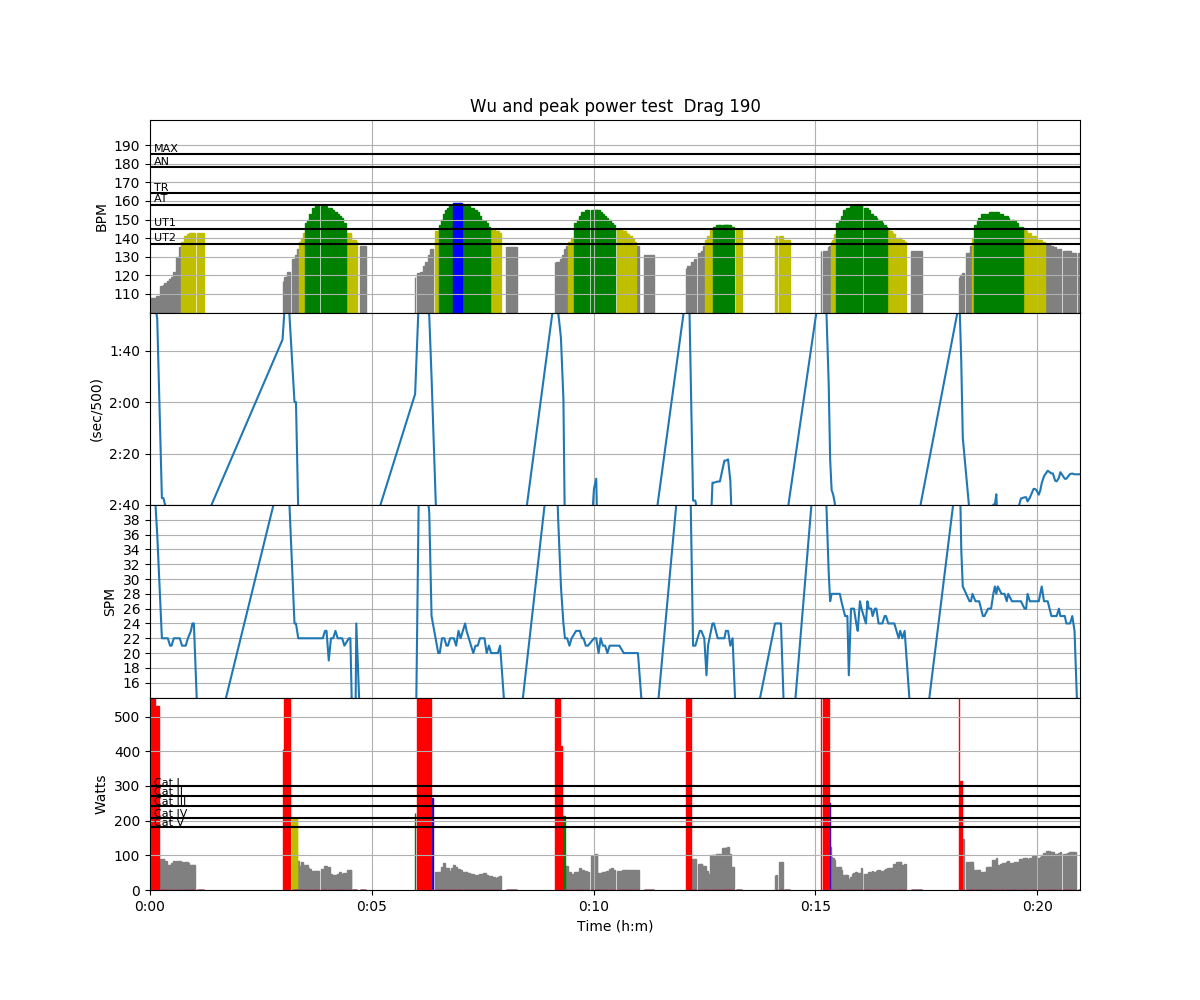 The point of a peak power test is to see the maximum power (or lowest split) that you can get over a 10 second blast.  The test protocol is defined here.

I discovered something interesting with this test.  Under some circumstances, painsled does not log every single stroke. Here’s the data…

The last column is the stroke count and there is no data for stroke 1,2,3,4,7,9.  So that means that the data that I have is somewhat unreliable.

On slides, I saw 1:12 on the monitor in both reps, that’s a whopping 923W.  Of course I could rate up to about 60 spm on slides which helped out a bit.  Needless to say, the static results are the ones that will be used for planning training.

I hate Monday’s.  I never get enough sleep, and I am working out first thing in the morning, usually after working out in the afternoon the day before.  This Monday was no exception.  But I really wanted to get this set of fitness tests behind me.

To begin, the ritual fletcher warmup must be completed. 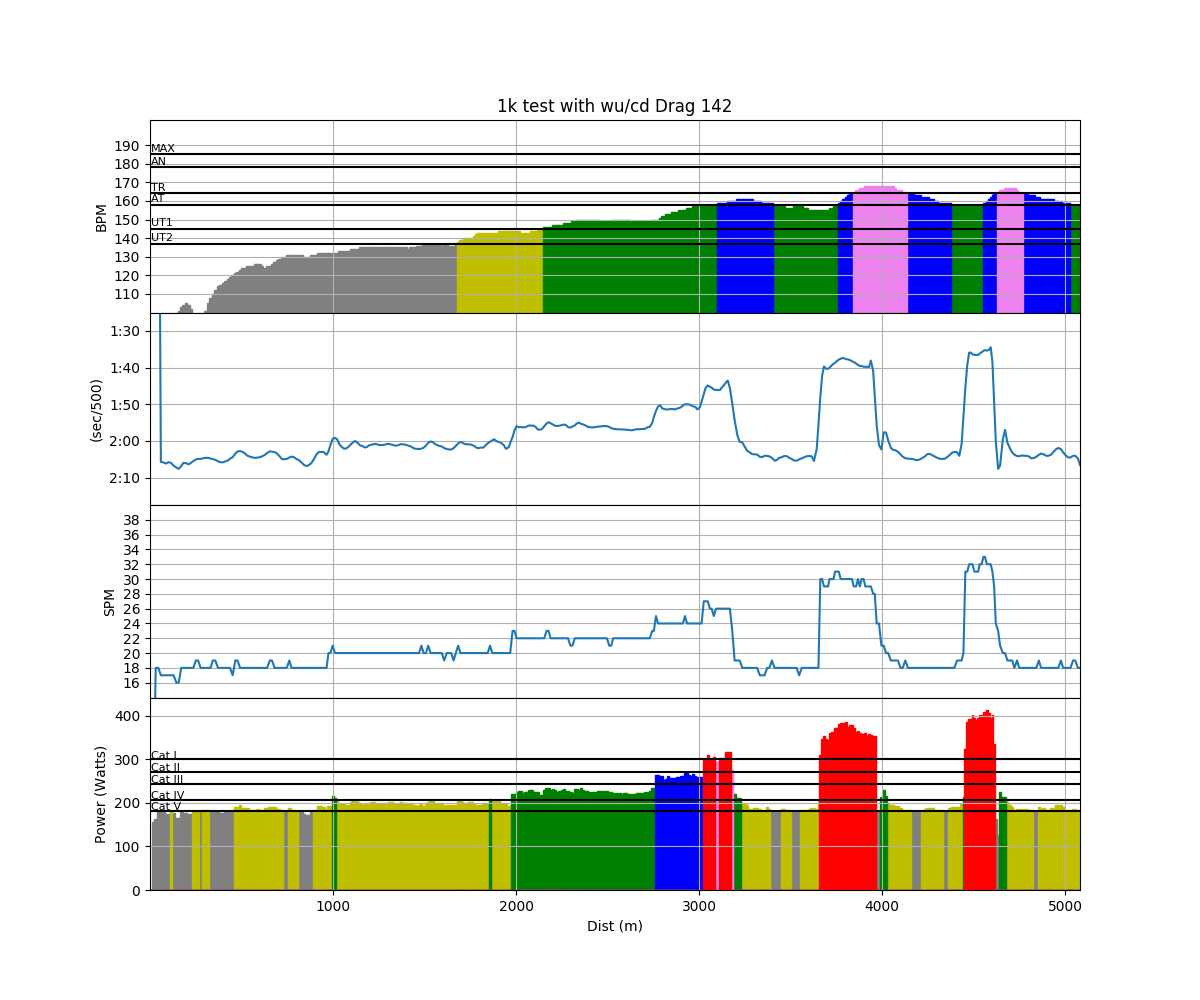 Apparently, Monday morning’s don’t suck.  I was a bit faster, with much better HR response than on Sunday.  Buoyed with new confidence, a strapped in for 3 minutes of hell (the first 15 seconds aren’t really so bad).

Actually, the first 250m was just fine.  I set out with a goal of matching my test from last year.  This was an average split of 1:39.4.  I guess I was pretty juiced because my average pace was a 1:37.6 over the first 250.  In the second 250, I started to really feel the burn and I dialed it back, just a hint to 1:38.6.  When I crossed the 500m mark, I was in respiratory distress, but I found I could tweak the rate up just a little and calm my breathing down. 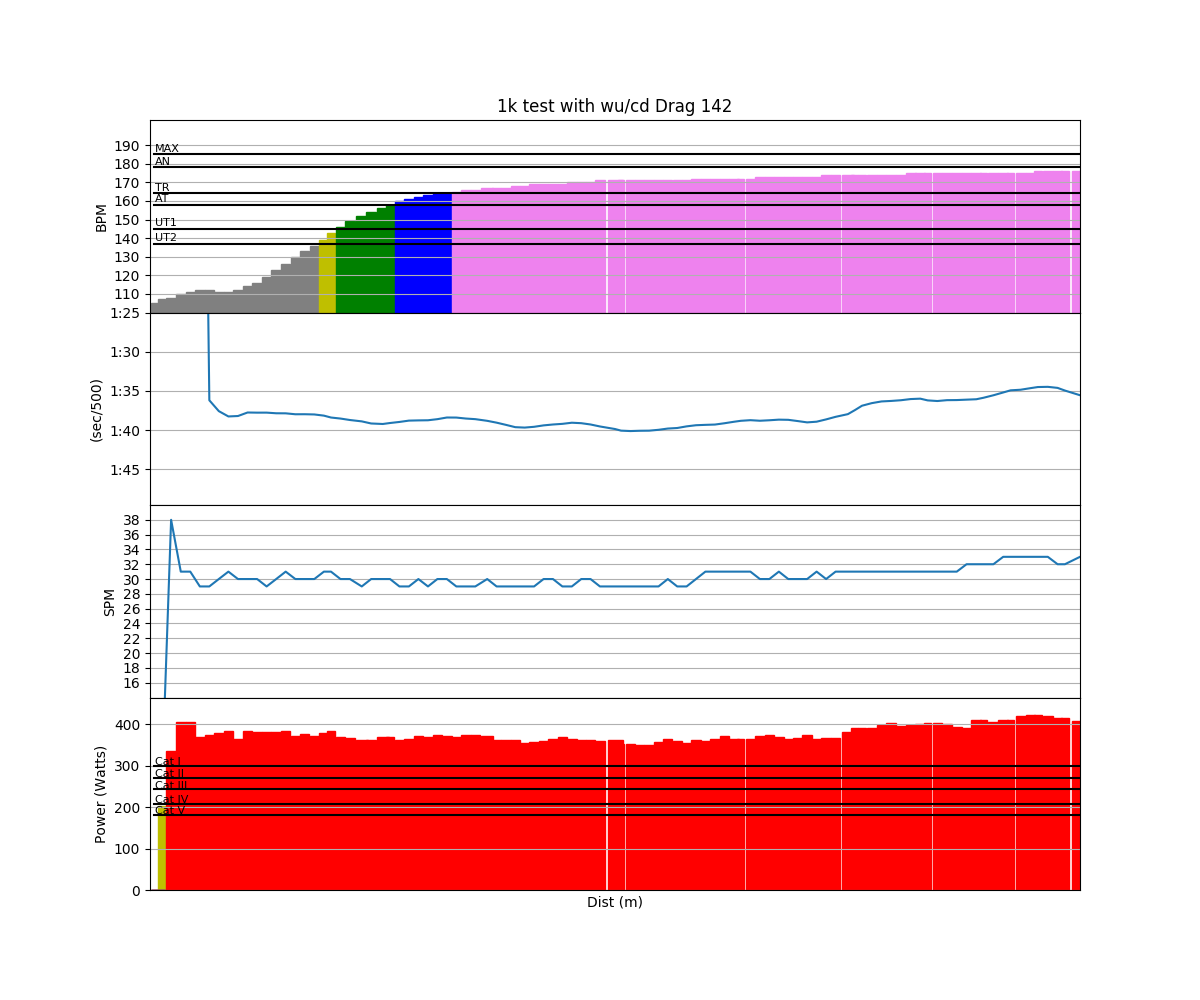 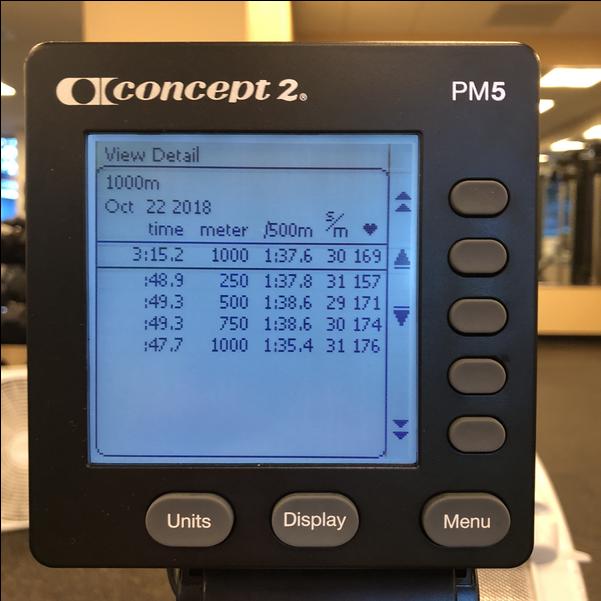 So that concluded the fitness tests.  The results…

Compared to a year ago.

I’ll be trying to figure out what that means for winter training with Marlene over the next couple of weeks, but looking at the numbers, my strongest performance was at 1000m.  Since my focus is head racing, I will need to work on aerobic capacity, and lactate threshold.

2 thoughts on “The rest of my testing”