I haven’t done much sprint work and my training volume in February and March has been way down.  For November, December and January, I was averaging almost 100km a week.  Since the beginning of February, my weekly average is 43km.  Now, I have done my best to supplement that with cross training, but there is not way to make up for that kind of a “time on erg” deficit.  Anyway, so much for my excuse codes for a slow target.

Warm up was a standard fletcher.  It felt hard. 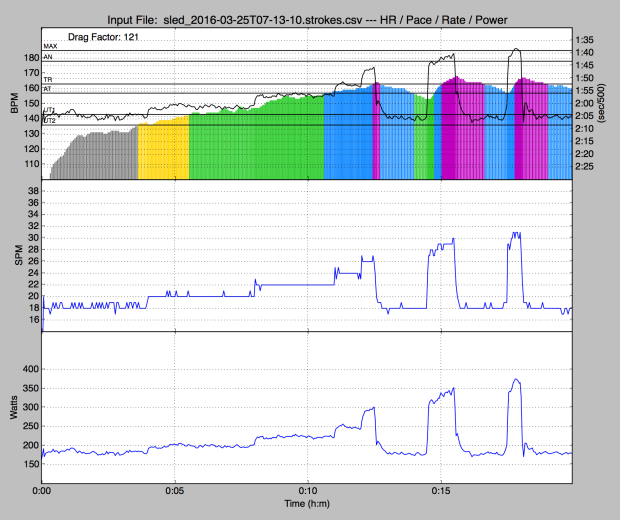 Then in to the main event.  I focused on trying to hit 30 SPM and get my heels down fast.  I’ve noticed that I have been rowing on my tip toes when I rate up and that will be bad news in the boat.  This pace was hard, but doable, and I managed a fair bit better than target.  I did the first one at 1:44, and knew I could go harder.  Same thing in the second where I did 1:43.  The rest were in the 1:42.x range, with a nice faster last.  There were some annoying drop outs in the HR data.  Looking at the Strava data, I see exactly the same thing, so it’s the strap, not the PM5.  I only seem to see it on these short interval sessions.  I wonder if the fast HR increases are confusing the algorithm in the strap. 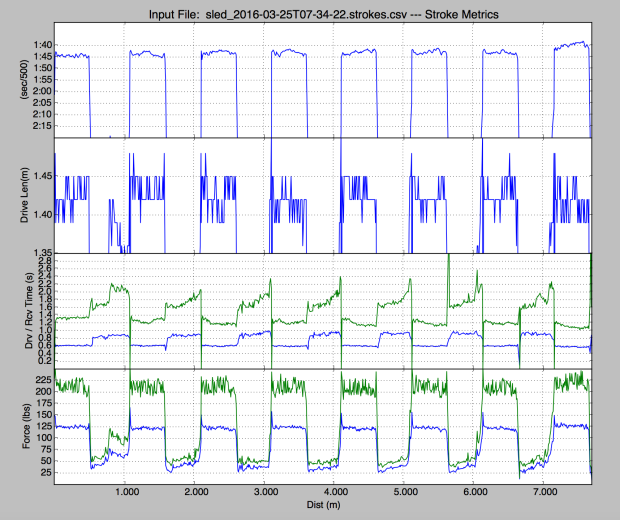 I was pretty much toast after that.  I did a 2K cool down.

I decided to pass on doing a weight session tonight.  Not enough time and I’m still suffering DOMS from the last session.