My original plan was to do 5 x 2K / 5′ rest.  While I drove to the river, I decided to change that to 4 x 2500 for a couple of reasons.  I was running a bit late and I wanted to save the 5′ rest time and end up back at the right end of the river at the end of the last rep.  I wanted to keep working on steering and 2.5km includes both the s-turn and the bridge in the rep.

So, my modified plan was

So, I did a very quick warmup and then dove straight into my first rep.  I had a tail wind and I was holding 2:10 or better without a lot of trouble.  I steered around the Brandeis boats, and in the s-turn, I passed the coach from LaSall College who was doing steady state.  I was happy with the line I took through the turn and the bridge was good too.

But it felt like so much work!  I was tired and I wasn’t having much fun.  After I finished, the dude from Lasall eventually rowed up and we had a nice chat about the HOCR.  He rowed in the Master 4s with the Riverside Boat Club.  I decided that I better get going on my next rep, so I started up and when the Speedcoach clicked over to 4000m, I took up the rate and discovered just how much headwind there was.  It was a lot of work to get the split down below 2:20.  I was still not having much fun.  I threaded the needle through the bridge and then passed my friend Bruce going the other direction in front of the watch factory.  I did the s-turn just right and then slowly, inexorably counted down the meters to the end of the piece.  My heart rate was reasonable, and I was not in any way in distress, but gosh it was kind of miserable.

It was also getting a bit late.  I realized that I would end up being a bit late for my first meeting if the traffic was bad, but I decided to go do the next rep anyway.  At least I did for the first 250 meters.  At that point, I just didn’t want to do it any more.  So I stopped.  Then I turned around and rowed back  to the dock and called it a day.

This is basically something that I don’t do.  I will fail on reps, miss targets, steer into weeds and cheat on rests, but I don’t think I can remember another time where I just quit on a workout.  Thinking through it, it seems pretty clear what happened.  I have been focused with singular intensity on the HOCR.  Knowing that I would be rowing in that event was an incredible tool to stick with really hard workouts.  And I felt like I did my best in the day.  I have another event coming up, but it certainly is not anything like the HOCR.  I certainly want to do my best, but I think I don’t have the drive to push the high intensity as hard as I was, at least for a week or so.

I think it is probably a good idea to give myself a break.  Congratulate myself for a good run up to last weekend and focus on maintaining and building my base for now.  I will probably pull back to one or two high intensity sessions per week until the race on Nov 7th.  After that, I will be putting a new training plan into place and focusing on my next set of goals. 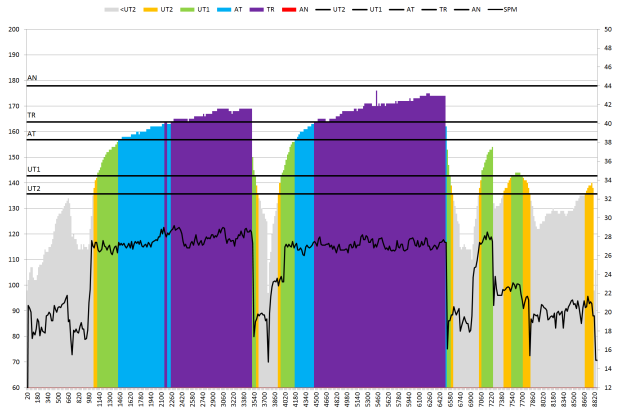 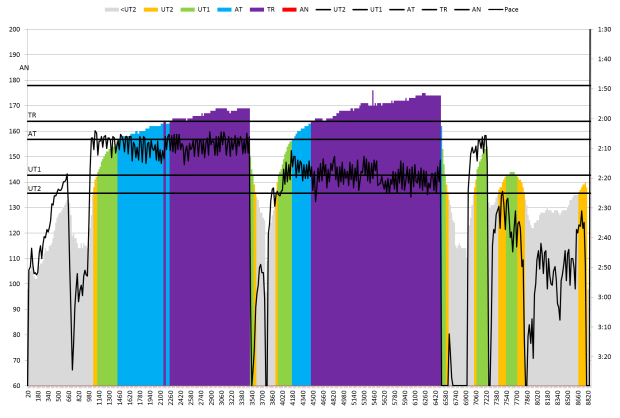