Weather:  light and variable wind ~2mph from the south.  This was a minor head wind for the main piece.

We boated at about 5:45.  It was just starting to get light out.  Dawn was at 6:21.  This was the first prep session for Joe and I in the double.  We have our first race on Sept 17, and the HOCR on October 22.  The objective for today was to get a baseline for where are now, and to work on timing and technique at head race rates.  Not too concerned about pace yet.  We also have to figure out which boat to use.

It was a very enjoyable outing.  I really like rowing with Joe.  He seems to like being in bow, and I LOVE being able to ignore everything else and focus on rowing hard.  I’m not sure about Joe, but I was wiped out when we were done.

As soon as we started rowing with pressure, it was clear to me that we wanted to rate higher than 22.  We were at 23 or 24 through the first 2k.  Next we shifted up to about a 25 and this felt pretty good, and got better as we went along.  I tried to push the last 1k up above 26 and we probably were closer to 27 on average.   This was a little ragged, but I think it is the right rate target for us to work on.

On the way back up the lake we did 3 sets of 10 strokes and 4 sets of 20 strokes at rates between 26 and 28.  We tried to work on synchronization by rowing very lightly, but at the same rates during the “off” parts of that. 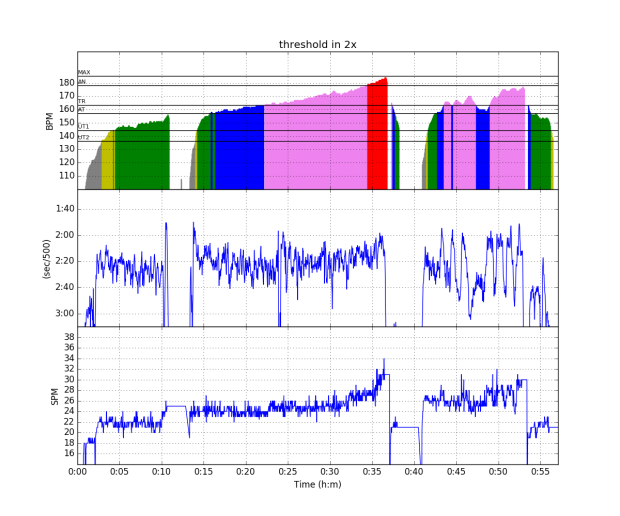 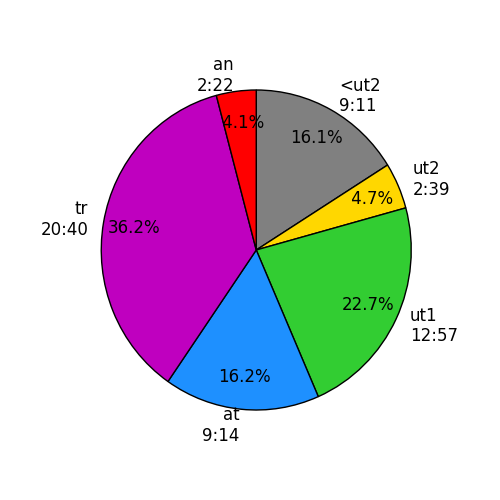 I used RIM for the session and a spent a couple minutes looking at the boat acceleration curves. 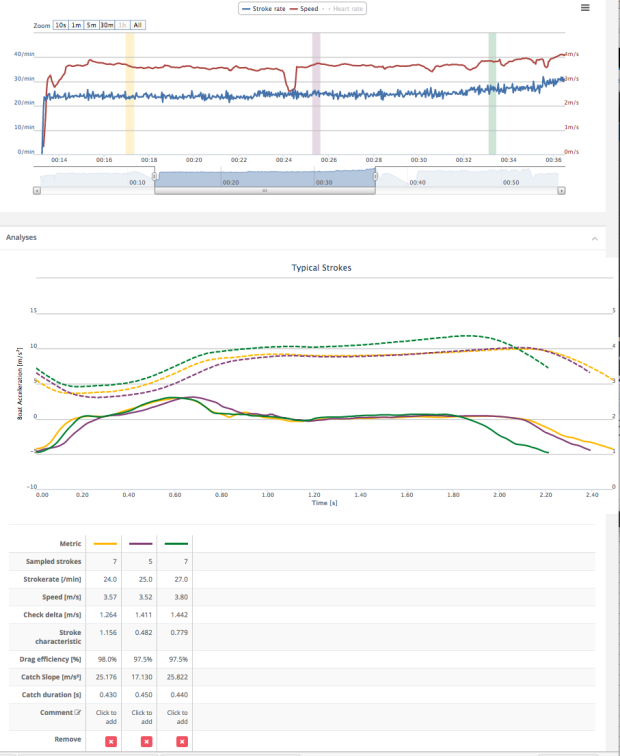 For reference, here is an annotated view of the parts of the stroke on an acceleration curve.

Here is a view of a single stroke from the r24 chunk of the row with the same features noted.

Looking at the curves and metrics, I think it backs up a couple things I noticed in the boat.  I am not really used to looking at these curves for a double, so I’m not all that sure of my conclusions.

Next time we row, I think it might be a good idea to use the live display of acceleration and do some 10 stroke bursts with minor changes to technique to see if we can see the change in acceleration.

Tonight:  I’m heading down to the cape. It looks like the weather will be nice for an open water row.  If it doesn’t pan out that way, I’ll go for a bike ride.  In either case, it will be long and slow.