Yesterday was the hottest day I can remember having on the Cape.  It was above 90 degrees from 11am to 4:30pm.

For most of the day, my wife and I hung out in the shade.  Around high tide, we went for a swim.  We have these big inflatable donuts.  They are literally donuts with a bite taken out of them.  We must have floated around for an hour.

It was nearly 5pm by the time it started to cool down.  I headed over to the Loagy Bay beach to go for a row.  The wind was out of the east and starting to build a bit.  It was around 5mph when I launched and closer to 10mph when I finished.

After I launched, I headed out the 2.5km to my favorite buoy.  This was fun and fast with the wind and tidal current behind me.  But as I turned around the buoy, and tried to head north to Wellfleet inner harbor, I found it nearly impossible to row beam to the chop.  The waves were a bit too big and irregular to be able to get good strokes in.  I decided to turn NE and head back toward the beach on Indian Neck.  This was a bumpy, splashy slog.  I had to open the bailer a number of times to get the water out of the cockpit.  As I got closer to the shore, the water flattened out and the rowing was a lot more pleasant.  It was still slow because I was heading into the ebbing tide.

I traced a path along the beach and swung around the breakwater into the inner harbor.  I was still rowing against the tide and wind, but the water was nice and flat.  I made the turn around the end of the town jetty and rowed up along all the boats in their slips on the inside.  I turned up at the end and had a drink of water.

The trip out of the harbor was fun.  With the wind and tide behind me, I was making good time.  I passed a sailboat coming out the harbor, and then I turned to head south.  I didn’t want to stay too close to the shore because there are commercial oyster beds off of Indian Neck, and with the falling tide, I wanted to stay well outside of them.  On the chart you can see the point where I turn more southeasterly.  I turned at the yellow float that marked the outside of the bed and followed the row of floats going to the southeast.  The chop wasn’t so bad, and the wind was on my port bow, but I was rowing with the tidal current so I made reasonable progress.

Well, I made rapid progress until I reached the end of the marked beds and turned to the east.  Now I was going right into the wind, chop and current and I slowed to a crawl.  The boat felt like it was really roaring along, but there must have been a lot of current because the splits are glacial.  I guess that’s a reason to get an EmPower oarlock and impeller for this boat.  But I have to admit, I like the fact  that the pace is so unpredictable when I row down here.  I am less likely to kill myself trying to hit an exact split and more likely to just focus on trying to work on technique or just enjoy the sights. 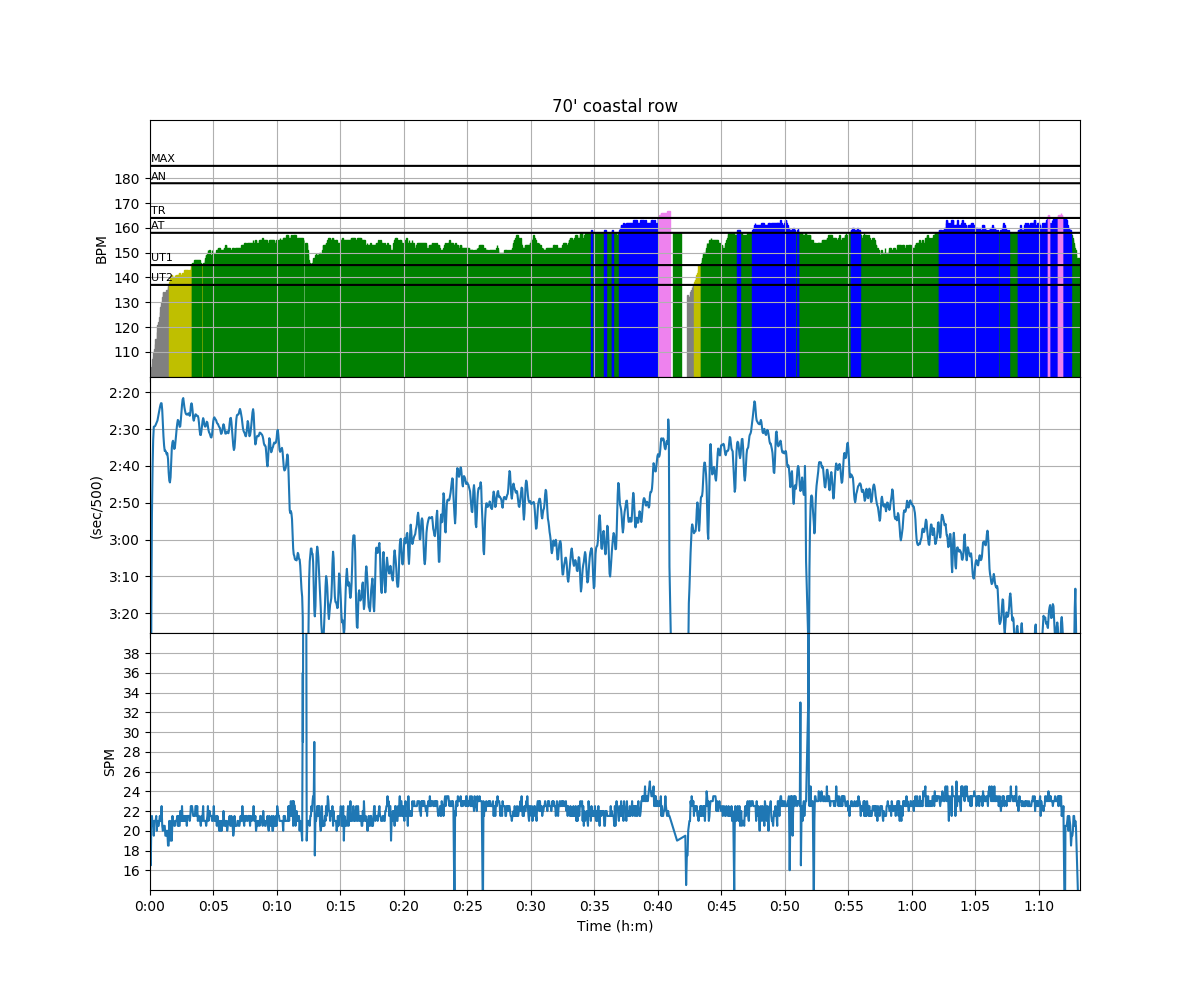 Today, I think another long row along the Eastham shore.