One of the primary reasons that I wanted to get expert coaching was to make improvements in my rowing technique.  I figure that there are three elements to achieving good boat speed.

I know how to do number 1 and 2.  Those items are determined by the amount of time I have to train, work commitments, willpower and desire.

Technique is tougher.  I know good rowing when I see it, and I can see that there are things wrong with my rowing, but I want some expert guidance to figure out what needs to be fixed first and by what means.

Since I am using a remote coaching arrangement with Marlene Royle, that means that I have to record video and share it.  I did this over the winter and I think I made some good progress on improvement the mechanics of my stroke, especially the recovery.

Now I am back on the water, and before I get too set in my ways, I wanted to take some video in the boat and start fixing stuff.

I have seen all kinds of arrangements to take video.  If you are lucky enough to have a live, local coach, it’s very simple.  They film you from the launch.  Without a coach, you have to figure a way to mount a GoPro or some other camera on the boat.  The easiest is to mount it on the stern deck, but then you don’t get to see a lot of the body work in the stroke.  To get that you need a side view.

To get a side view, I picked up a trick from Larry Tait.  He figured out how to mount an old rigger backstay to the end of his rigger, and then put his gopro on the end of the backstay.  This gets the camera about 6 feet out  to side, and with the wide field of view, that’s more than enough to see the whole stroke.

I described it a bit more detail and included pictures of the setup here. 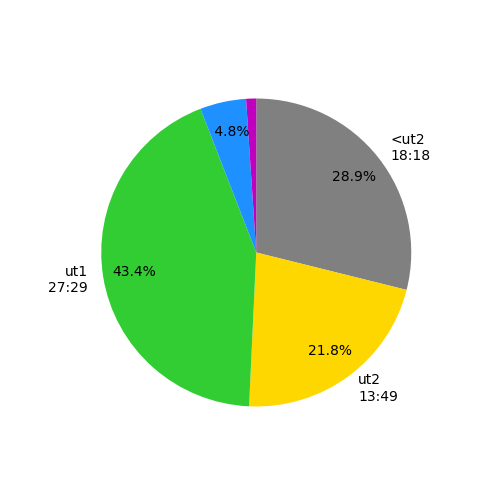 And here’s the video….

The first video is the first rate ladder.  During the 2′ at r20 I was making my way through the s-turn.

After the first 2 ladders, I reached the dam in Waltham.  I did a set of four starts after I turned around.  A couple of them were OK.

After a couple more ladders, and a few more starts, I did one last short ladder, just 10 strokes at each rate from r18 up to r28.

Looking at the video, I see a whole bunch of issues.

And here, or pure entertainment value is my worst start of the day.  I caught a crab and nearly flipped

The look on my face as it happened was priceless.

The great thing about rowing is that it keeps you humble!