I felt like crap today.  The fletcher warmup was really hard, especially at first.  Within about 20 pulls, I knew I wasn’t going to be able to hit my targets.  It really just turned into a game of survival.  I had terrible post rep shivers after the first interval and slowed in the second.  I had a mini-HD in the third rep while I was experimenting with using high rates.  The fourth rep, I hatched a plan to do the first 250m at 1:44, the second at 1:43, the third at 1:42, the fourth at 1:41.  I stuck to the plan through the first 500m, and accelerated from there.  The last 250m was very difficult.

My heart rates were lower than in past sessions, but the RPE was higher.  I was knocked out after each rep.  The session average was 1:42.3, which is way off the 1:40.4 from last week, but a touch better than the 1:42.7 from two weeks ago. 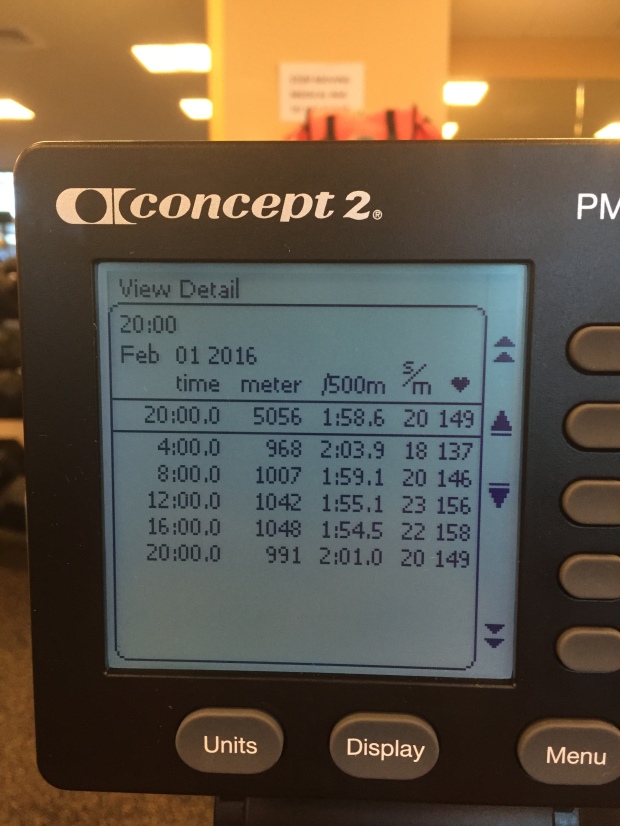 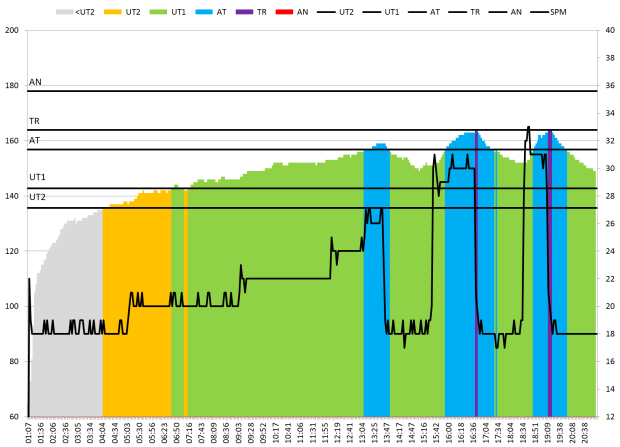 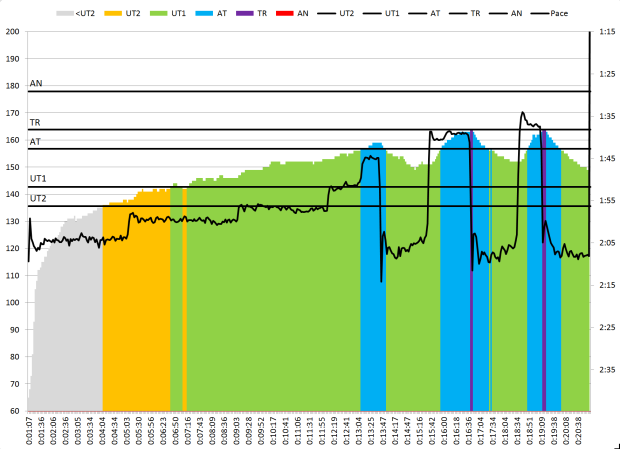 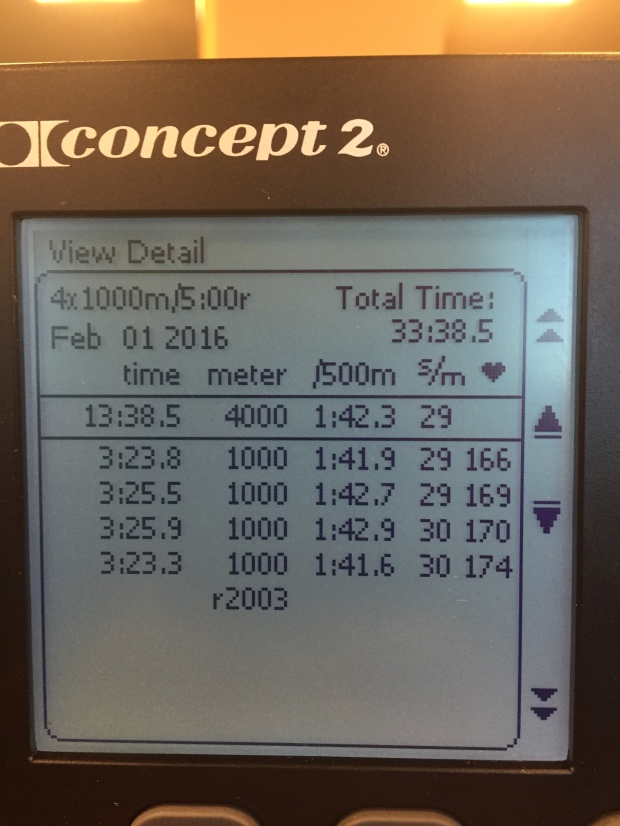 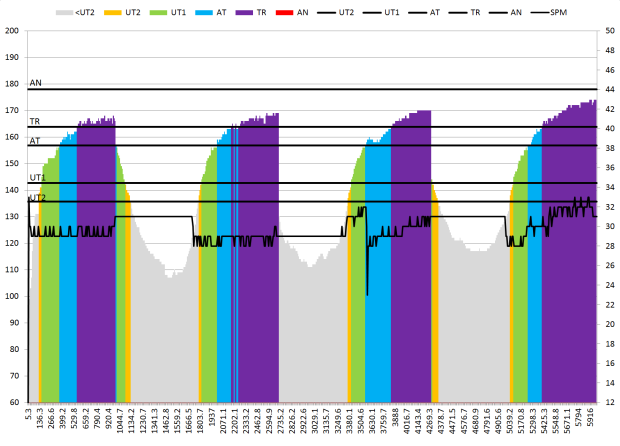 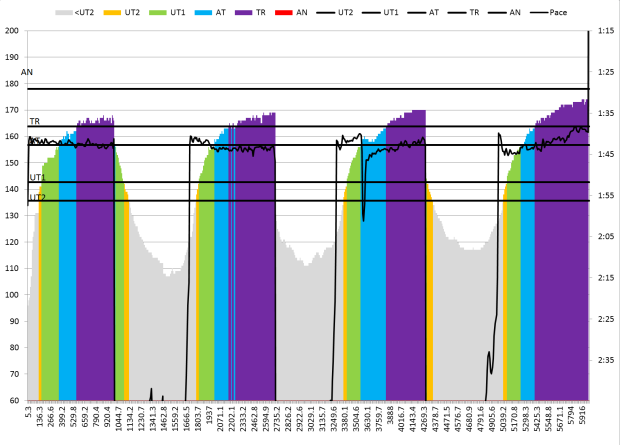 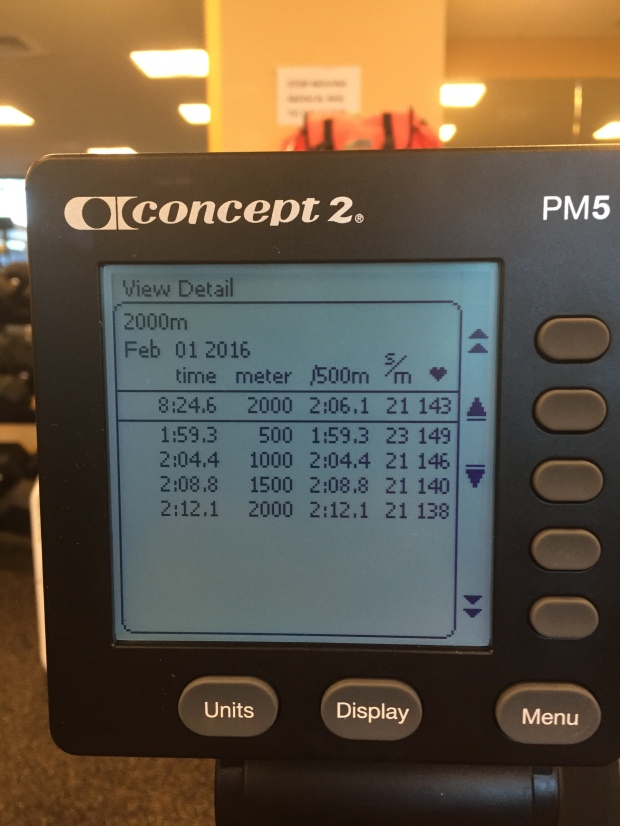 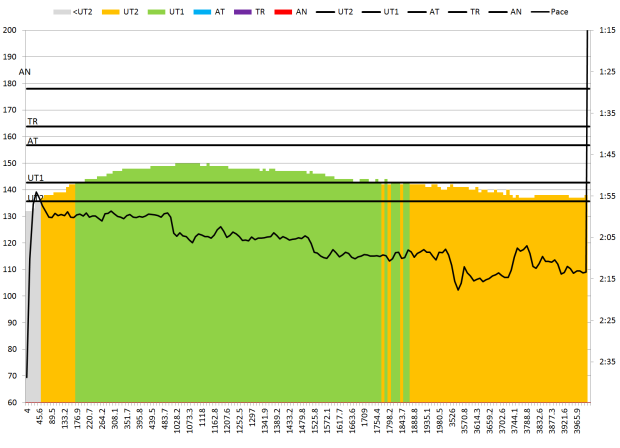 Tonight I fly to Munich.  Training this week will be problematic.  I spend Tuesday night in Munich, then drive to Stuttgart.  Fly to Milan on Wednesday evening and sleep there Wednesday night.  Then I fly from Milan to Amsterdam and sleep there on Thursday night.  Finally, I return to the US on Friday night.  So, 4 nights, 3 different hotels and a coach seat.  I’m thinking that I will focus on maintenance of my aerobic base with 60 minute low intensity sessions where I can squeeze them in.